After a month-long craze of World Cup all over the world, which is a little excessive here in Bangladesh, this season has come to an end with the trophy belonging to Spain for the first time ever in history. At the same time, the victory of Spain proved the all-knowing octopus true and newcomer parrot the predictor false.

This year, the world cup was a little more criticized because of bad refereeing. While I do admit that I’m not an expert in sports, I felt the referee was showing the yellow card too many times; sometimes even though there was no foul. At the same time, the referee — who is probably an English — didn’t show any card where a red card was expected. 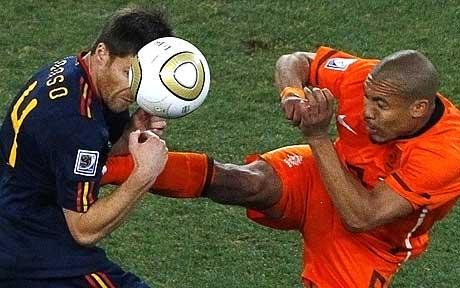 Kung fu or Mortal Combat? Some say it was a wrestling, too.

No card was given.

Don’t know where the hell the octopus Paul came from. But this underwater animal has made me angry enough. I don’t want to know who is gonna win the match even before the match begins. I don’t know how it predicted the matches with an accuracy of 100%; but I do think it’s a psychological matter. In first few days in Germany, when the octopus was rolled out, it may be something like coincidence. You know that in the final match the octopus’ prediction went wrong.

After that, in the World Cup matches, maybe its decision creates a negative impact among the players of the team which Paul says will be defeated and as a result of losing confidence, they just lose the game. I’m saying it again that I’m no expert of anything, this is just what my amateur brain thinks sometimes. 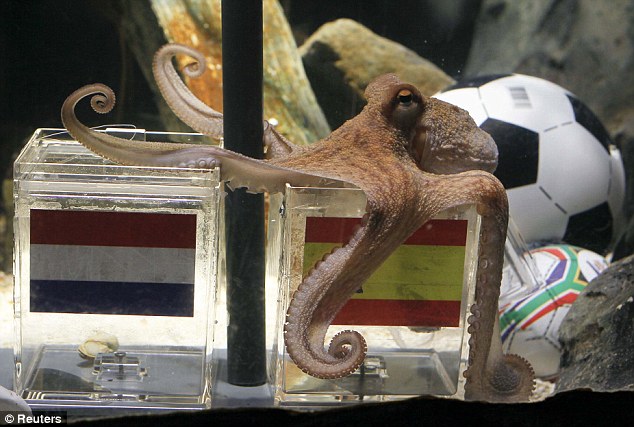 He is the heroic son of Spain, who brought the largest and the most prestigious prize of the sporting events all around the world. Of course Spain played pretty well and they do deserve the trophy, but I felt a little sad for the fate of Netherlands, who played well too (despite a few fouls and annoying slip-downs).

Well, this happens pretty usually in football matches. But this particular one blew my mind! How could he fly so high above the ground? It made me remember Matrix!

End of the Songs

Of course, no one will mind if you still play the World Cup theme songs. While Shakira’s Waka Waka is tremendously popular, I don’t like it at all just because the rhythm is stolen from a 1980’s song, which I have listened to recently. Compared to Shakira’s Waka Waka, K’Naan’s Wavin’ Flag is millions times better. I think this is one of the best songs I’ve ever listened to.

Here goes the song for you all!

Which one do you like most? Waka Waka or Wavin’ Flag? Let me know in the comments area below.

It was really sad when Brazil lost the match with Netherlands. But no worry; this 5 times world cup winner is gonna be the host for the FIFA World Cup 2014. I’m waiting for 2014 to feel the excitement of World Cup football again. I hope by then, FIFA will embrace all technologies necessary for an accurate decision from the referees. I think the world is tired of such stupid refereeing.