However, this was all until December 12 when I attended a the birthday party of Khalid bhai, CEO of WebExBD, an outsourcing firm. Coincidentally, December 12 was also the birthday of another WebExBD member Sumon bhai. So, we celebrated their birthday together. Not only that, the birthday party also marked the first get-together of the entire WebExBD team. Until now, the team has worked in a scattered way. On the event, we decided to give it a serious go from the next week onwards. 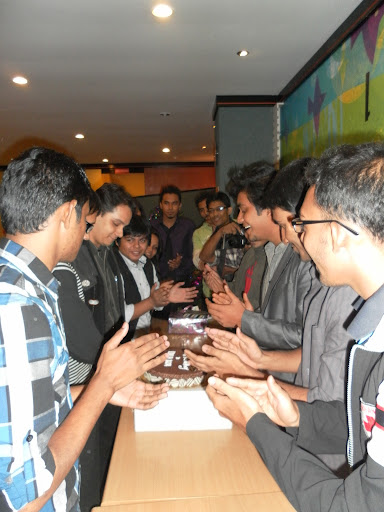 I didn’t have much idea how the birthday party will go. I’m glad that I didn’t miss it, because it was awesome! We had a lot of fun at A&W restaurant at Gulshan-1, Dhaka. We were a total of about 16 people there. However, the greater time was yet to come. In the evening, Khalid bhai told us that he and a couple of others will go over to Pool Lovers at Banani to play some pool. Anyone wanted to play could join. At first, I refused to go because I don’t find pool much exciting. In addition to that, I would have a hard time getting a transport to my home from where Pool Lovers is. Fortunately, I got a few others living in the some place around me. Therefore, I later decided to go to Pool Lovers. 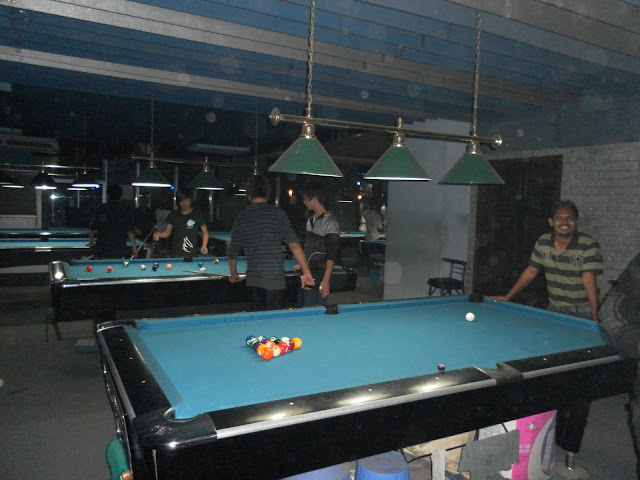 This wasn’t necessarily the first time I’d ever been there. I went there two more times and watched Khalid bhai and Sumon bhai playing. I didn’t find it interesting and therefore didn’t even bother to give it a go. However, Khalid bhai insisted that I should at least give it a try to see if I like it. As there were other newbies over there, I thought there’s no harm in trying, right? So, I took up a cue and gave my first shot on the pool board. 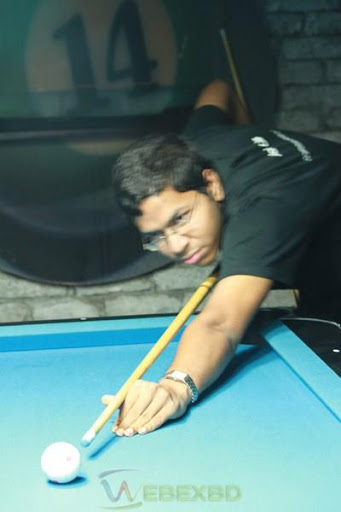 The way I bent my body was incorrect at first. Khalid bhai helped me out here. I couldn’t hit the ball in the right place. I’d hit it, but the ball would fly! It was difficult at first. But within 20 minutes or so, I got the hang of it and understood the rules and system of the game. Of course, player’s brain and eyes’ combination must be very sharp and must understand geometry to calculate on mind where exactly to hit the ball to get it into the pocket. As you can guess, I couldn’t do complex shots. But I think for the first time, I played rather well. 😀

And that’s when Khalid bhai’s say was proved: “It looks boring when you watch it, but is more fun when you actually play it!’ 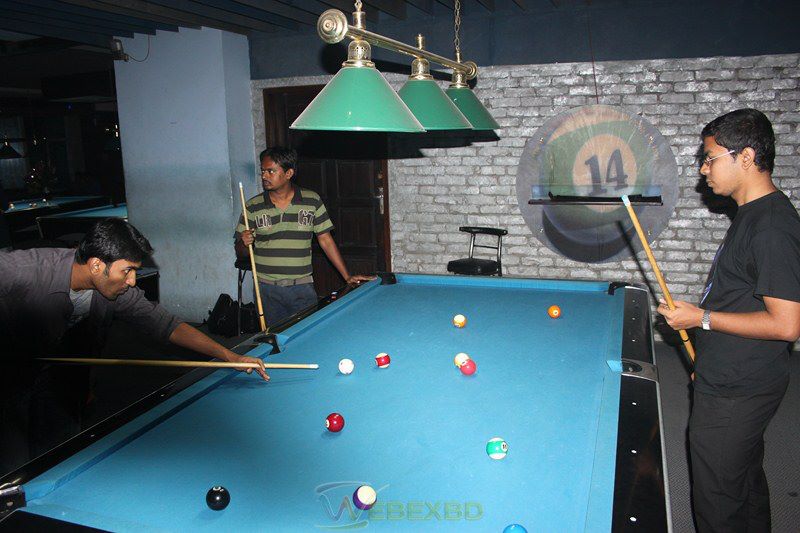 I won twice, given that my side was accompanied by Sumon bhai. I managed to pocket a couple of balls in the table and it was really fun and exciting!

The rule of the game was pretty straightforward. At first, all the balls except the cue ball, which is usually white-colored with no stripe, is shaped in a triangle form and is placed in one side of the table. Player must scatter the balls with a break shot using a long cue and the cue ball. Then both team, consists of two, or four, or however you like it, tries to pocket the first ball. There are two types of balls on the table. The solid balls and the striped balls. If the first ball you pocket is a stripe, then your target is to pocket all the 7 balls of the same type and then finally pocket the 8 ball, which is usually black. However, if you pocket 8 ball before pocketing all the other balls of your type, you lose.

I think I’m loving the game. I’m planning to annoy Khalid bhai each week and play with him on the table. This sure is a fun and exciting game. There are some pool billiards around the place I live in, but I’m still a beginner and would like to go there once I’m a little mature in this game.

Have you ever played pool, or 8-ball, in an actual table (as opposed to your computer or handheld devices)? How do you like the game?