The Presidential race in the United States is about to finish. The world’s wait to know who the next president of the United States gonna be is close to being over. As the election results have already started to come out from various states.

Many of you may wonder why the election in the US matters to us in Bangladesh. If you’re having the same thought, I’ll tell you this: The election is in the United States, but the impact of this is on the whole wide world.

For a Bengali version of this liveblog, see here.

Guests have started arriving while everyone screens the election results on CNN Projection. 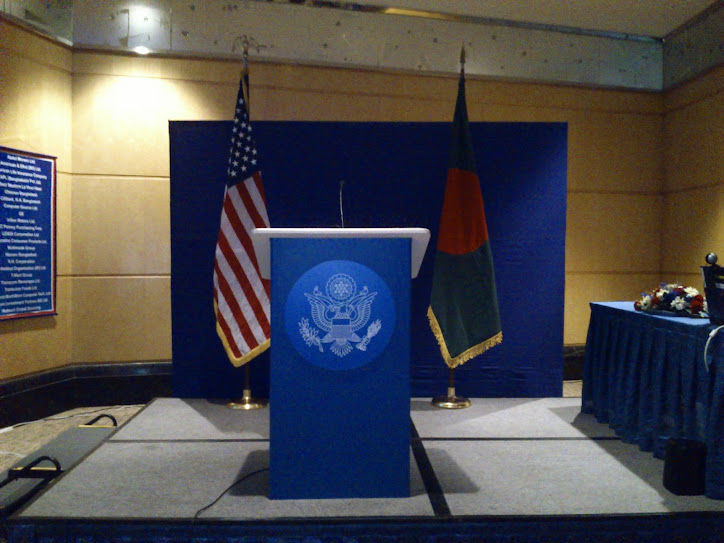 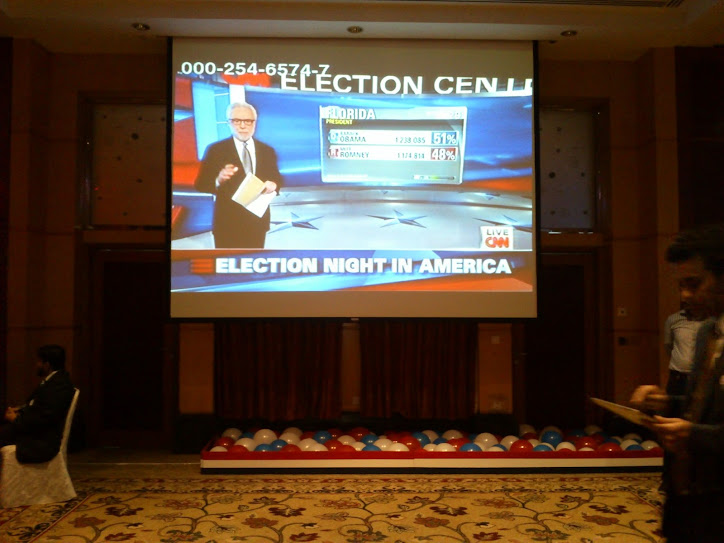 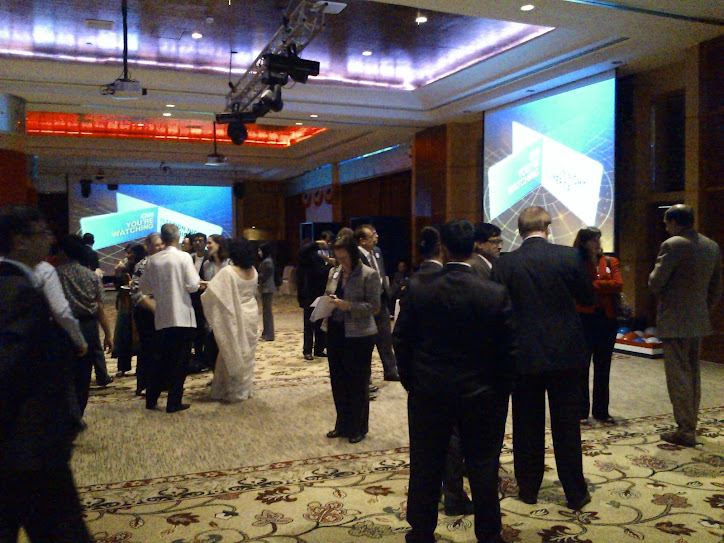 People are talking about their last minute thoughts and opinions on who will win this election and rule the White House for four years! Meanwhile around them are big projectors showing CNN’s live program of election results. 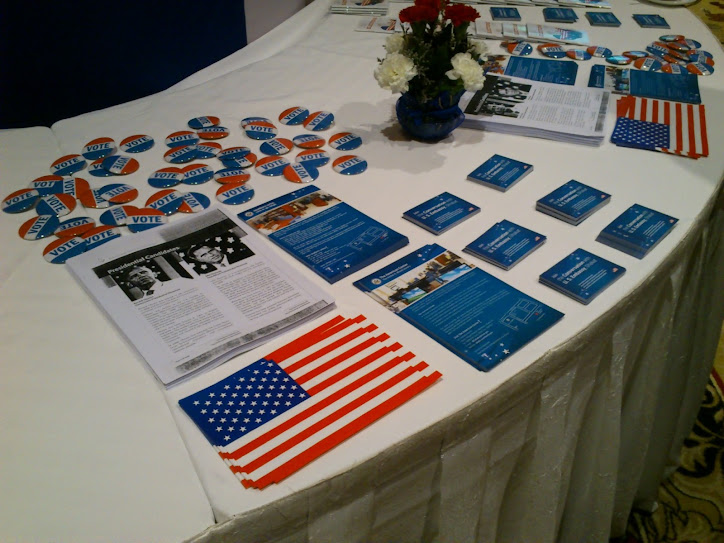 Some collectible stuff for the attendees. This includes the history of the Unites States written in Bangla language. 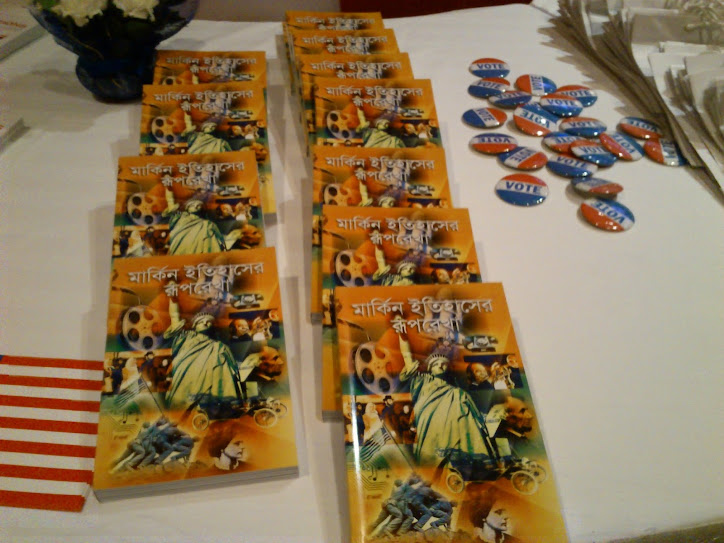 Empire State Building lit up red and blue for election night – will go all blue if Obama wins, all red if it’s Romney. 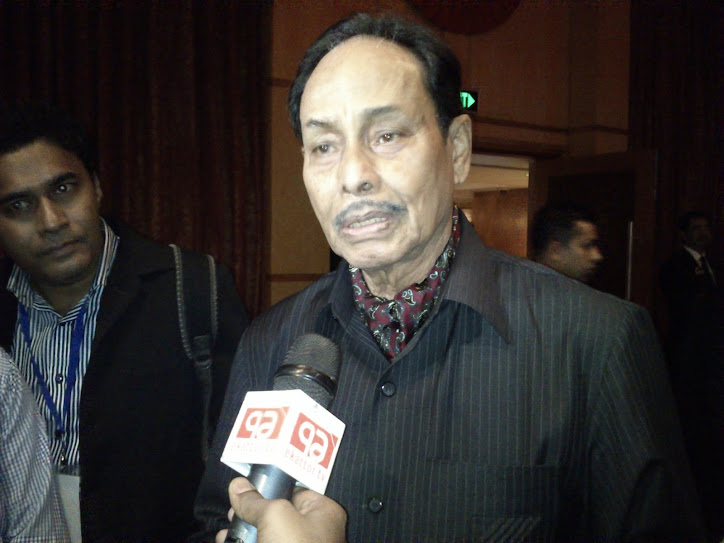 Ershad says, “Election in the U.S. has been smooth and fair because there is democracy.” He also commented, “The political situation in Bangladesh will have no impact whoever wins in the US election.

When asked what he thinks about the upcoming Bangladeshi National Election, he replied, “Only Allah knows if that election will ever take place.

He also revealed that he is a democratic supporter. 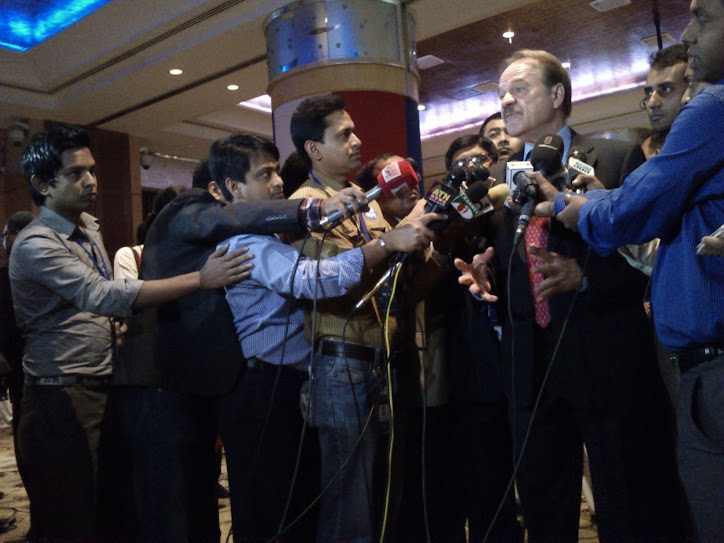 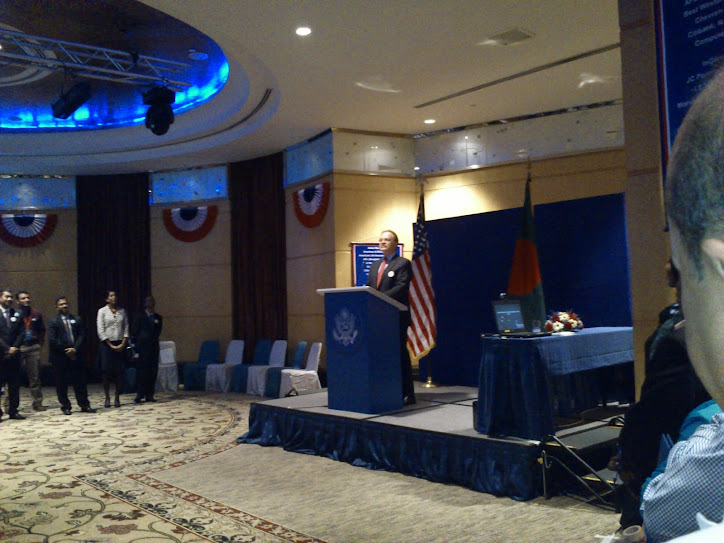 Ambassador Dan Mozena starts his speech thanking the Bangladeshis who expressed their sympathy over those affected by the recent disaster, Superstorm Sandy, in the United States. He also said that what we’re seeing here is not just yet another election; it’s the real democracy out there. (More to come) 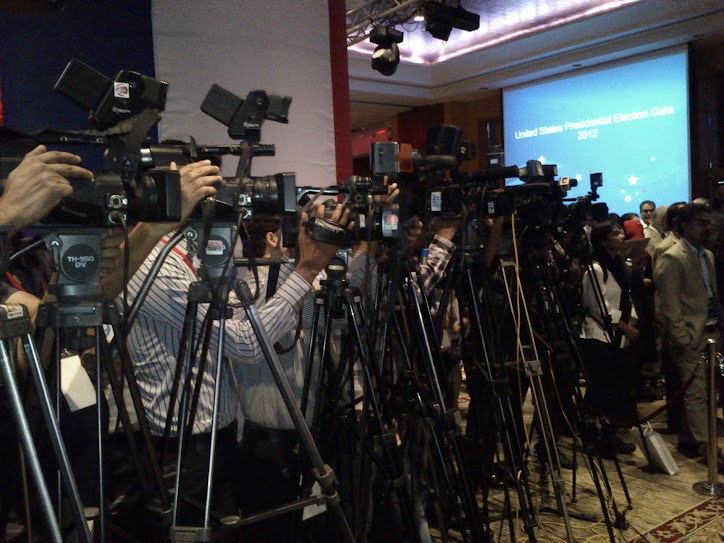 The US Embassy in Dhaka has arranged a local voting platform for Americans present at the event to cast their vote and express who their preferred leader is. The votes are still being counted as seen in the photo that follows. 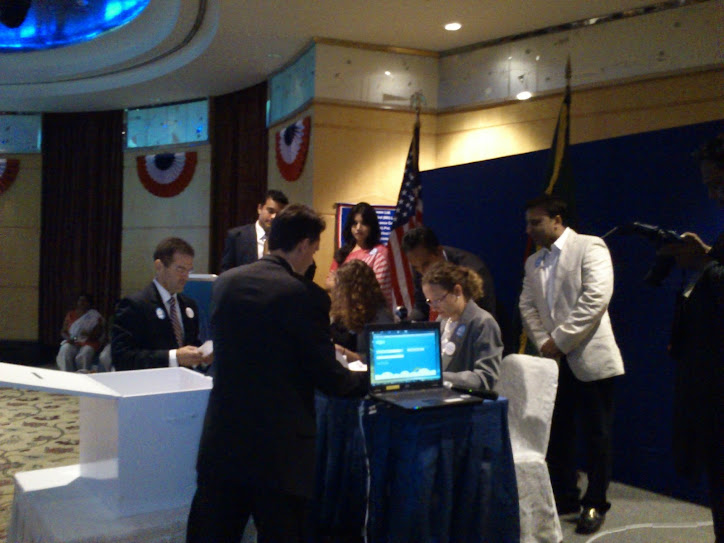 The US Ambassador in Dhaka finally announced the result of the fun poll that took place at the event. As he said it, “The United States of America in Dhaka, Bangladesh has elected Barack Obama with over 270 votes. Mitt Romney, on the other hand, got only 13 votes. 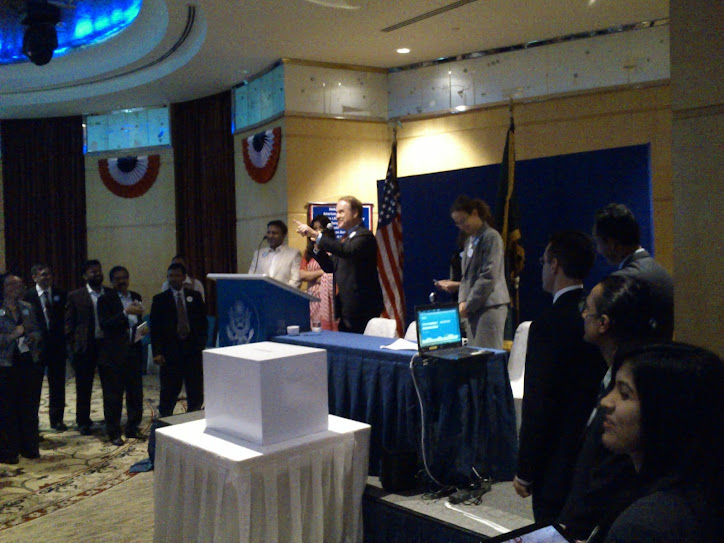 But the world still awaits what the Americans in the United States have decided altogether. 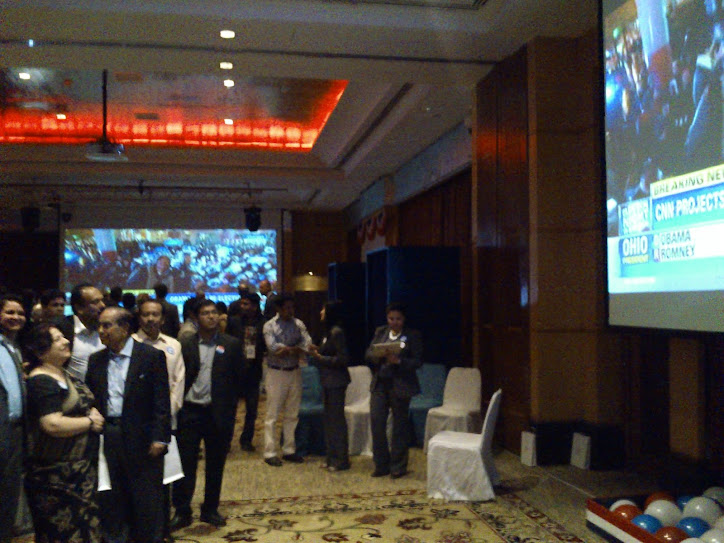