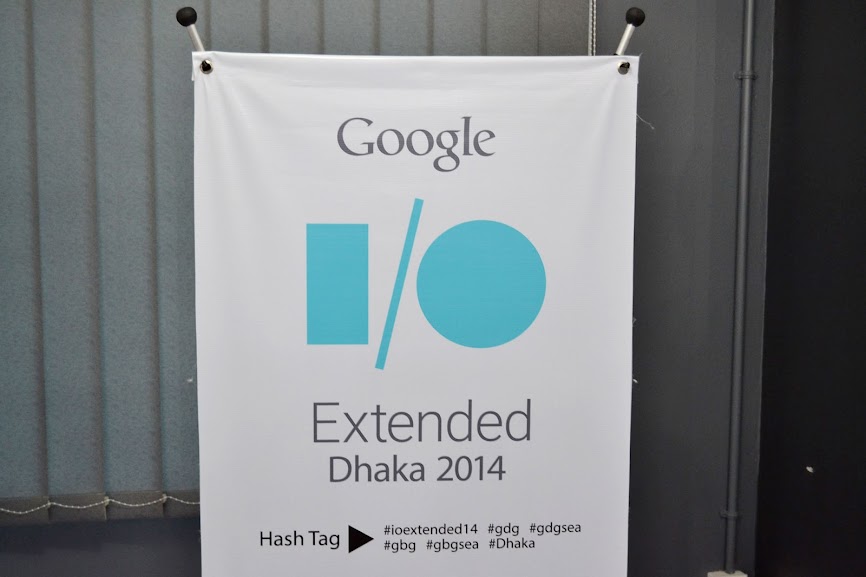 Just a couple days ago, Google made an array of announcements regarding its Android operating system. The announcement ranged from Android in a car to Android in your TV to all the way to Google App Engine’s geeky new features that most consumers have no idea about. All these announcements were made in an event titled Google I/O — the biggest annual event of the company. Although the I/O — short form of Input Output and/or Innovation in the Open — is mainly a developer conference, it’s famous for big announcements over the last few years.

This year, Google Developer Group Dhaka (GDG Dhaka) and Google Business Group Dhaka (GBG Dhaka) along with GBG/GDG Sonargaon organized a Google I/O Extended night in Dhaka. The event took place over the night while Google I/O was happening in the other part of the world. Arranged at a space provided by HubDhaka, Google I/O Extended event was full of Google I/O keynote, a few sessions live from San Francisco, as well as the match between Nigeria and Argentina!

I was already planning to stay up and watch Google I/O 2014 keynote live as well as write about the major announcements on my blogs when I received the Google I/O Extended invitation from Google Business Group Dhaka. I was one of the first ones to sign up. There were too many people signing up for the event. So GBG Dhaka had to cancel first registration and run a re-registration. Fortunately, I made it to the list so I was finally invited to attend the event.

There was no short of excitement at the event like any other GDG/GBG Dhaka events. Although I was a bit disappointed at first as the I/O keynote started but we were still watching the World Cup match on big screen. I knew it would be a football night beforehand, but I expected the I/O keynote to be streamed live at the event.

A bit disappointed, I turned to my laptop and started watching the live blogs of Google I/O keynote as the rest of the attendees were on their toes in excitement of the Nigeria-Argentina match. A few asked me if I were a Brazil supporter since I wasn’t paying any attention to the game (I support none 😉 ), but I just answered I was more interested in the keynote. Confirmed that I was a nerd, they walked away.

The match eventually ended while I was writing about the new much-anticipated update on Chromebook (Android apps will soon run on Chromebook!) and the features of Android Wear. I was also interested in Google’s Android One — the company’s approach to addressing the developing countries where a large population still have no access to a low-cost yet high-quality Android phone. Other similar announcements such as Android Auto, Android TV etc followed as a session on Google Glass started at the Google I/O Extended at HubDhaka. 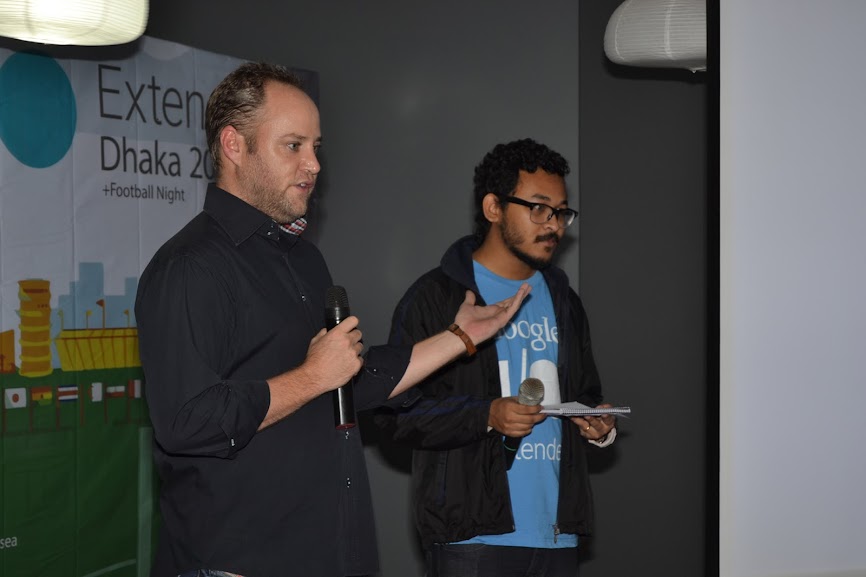 Some time after the I/O keynote ended, they started streaming the recorded I/O keynote from YouTube. We did watch the keynote, but the excitement simply wasn’t there. Because almost half the attendees had a laptop, most of them already knew what was announced at the I/O. So we kind of watched the recorded keynote with a poker face.

After the keynote, we did watch a session on Android that was streaming live from I/O. We also talked to a few of our own people who were then at San Francisco attending the event.

Throughout the Google I/O Extended night, there were fun videos to keep us cheering, there was quiz, there were short sessions, and there were a lot of fun. Some people did fall asleep missing all the fun there was to it, but at least the organizers did their best and succeeded at keeping the event from turning into a boring night. 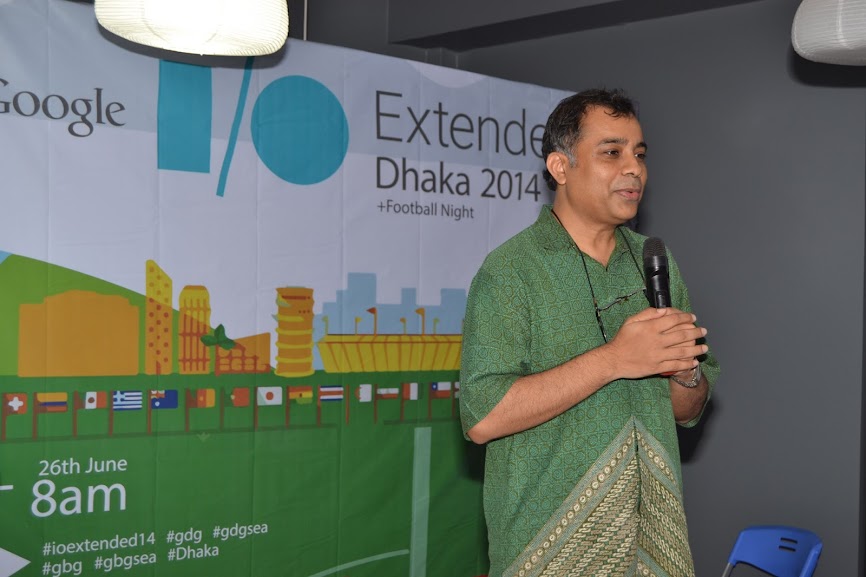 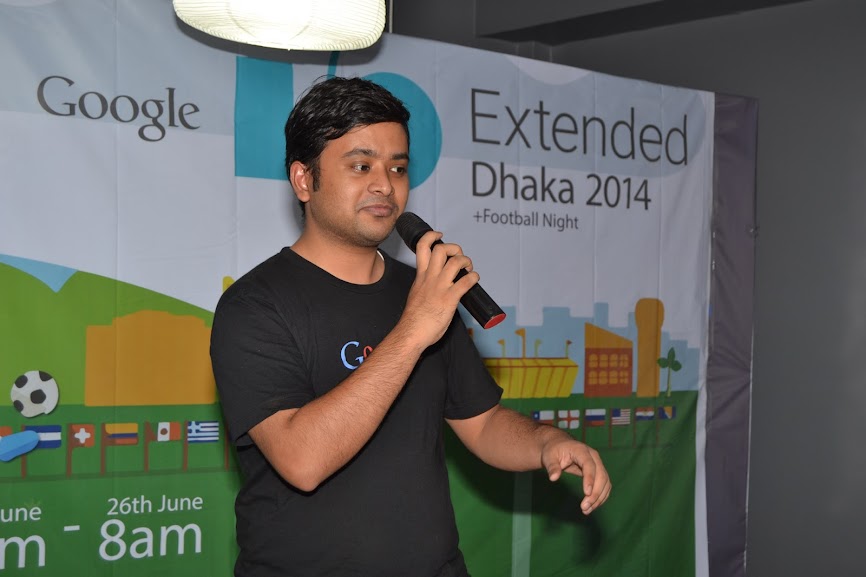 I saw a lot of attendees working, keeping tabs on, as well as writing about Google I/O keynote as we were on Google I/O Extended event. It was definitely a night full of Google, discussions on Google, and t-shirts with Google I/O Extended written on it! But later in the event, it did turn out that the beginning of the event was the most excitement time of the night when World Cup match was being shown. There was another match later that night. I wish they showed it too!

Anyway, the event was a good experience. I met quite a few people. Such events should take place more often. It not only gives us geeks a place to hangout but also helps us network with like-minded folks. As the program was drawing to an end, I heard that HubDhaka, the folks who provided the large space for the event, was prepping for another World Cup semi-final or final match event. I hope to make it there, too.

What’s the fun in watching sports without a good-sized crowd, right? 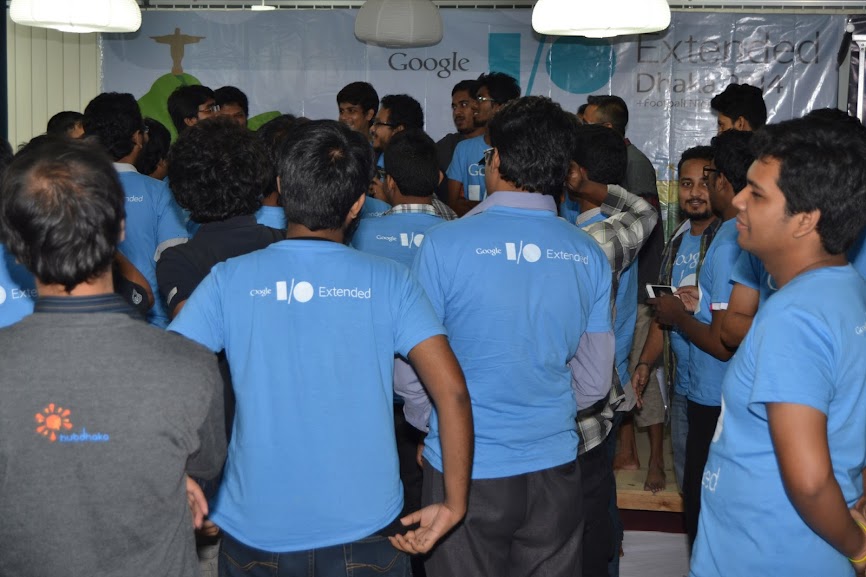 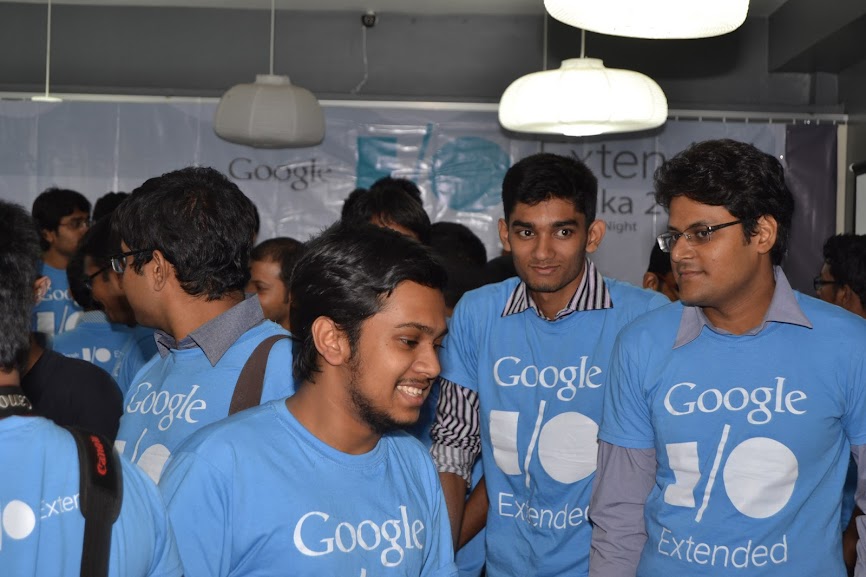 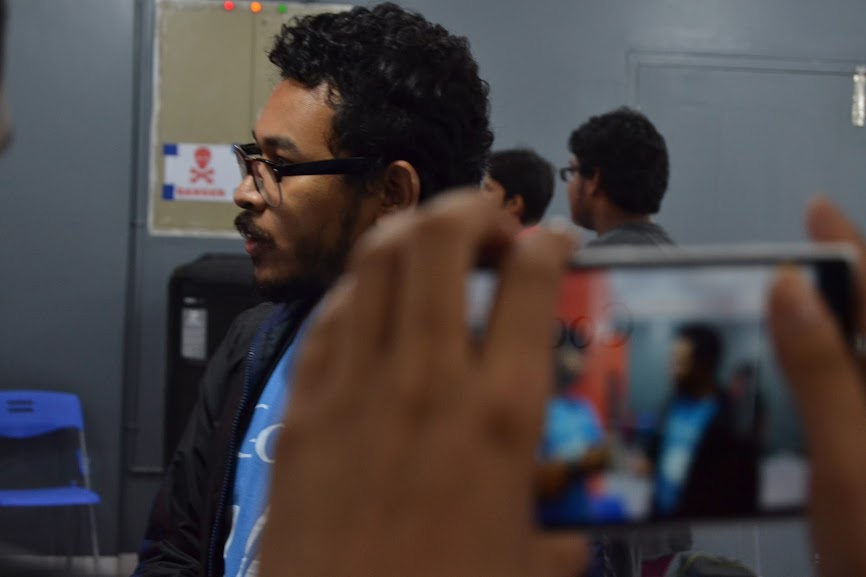 These photos are also available in my Google+ Album. Feel free to use with a credit link back to this page. Thank you.