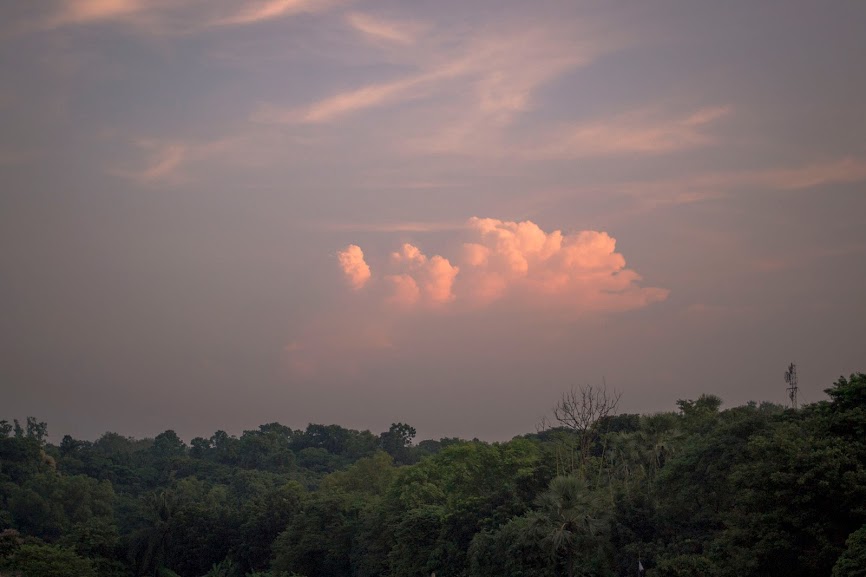 This morning I didn’t wake up hoping to take a tour besides the river, which is a rare scene in Dhaka but is surprisingly close place to my home. But it ended up with me having some really fresh air from the river, taking some photographs and having quite a bit of fun along the way. More importantly, I finally got to head out with my camera and actually take photographs. So if you’re into photos and especially photo story, you might wanna read forward. 🙂

I was asked to a computer retailer office for some advising and I decided to take a friend of mine with me. We spent quite a bit of time there. By afternoon, we headed out and was deciding whether we should head home or go disturb another friend of us, Rahat, who usually hangs out with us. Now how could we not wake Rahat up from his day-long sleep? It was immediately decided and I didn’t drop by my house.

After picking up Rahat from the way, we ended up at Tahmid bhai’s home (for those unaware, “bhai” is the Bangla form of brother or bro). Knowing that I had my camera with me, Tahmid bhai’s mom sent us off to enjoy some fresh air besides the river, observe the lifestyle of the fishermen in the surrounding area and take some photographs. We obliged.

This past few weeks it had been raining and the sky has been mostly cloudy. I hate direct sunlight and it absolutely makes me uncomfortable. I was hoping it would be a cloudy day since we were going out, but it wasn’t. The sunlight was there. Fortunately for us though, it wasn’t as warm as I was fearing.

We took a long (hour-long) walk from there to the place known as Beribadh in Mirpur, Dhaka. It was pleasant mostly because the weather wasn’t too warm. We walked and when I finally got something to photograph, I started regretting. It’s because of the lens I had with me at the moment.

I had my 50mm prime lens with me (on a crop-sensor body) which is ideal for portrait photographs. I don’t usually take photos other than portraiture. I walked multiple times with my camera at my hand but I fail to find a subject to photograph in streets or in the nature. So I don’t really try taking photographs of the nature, landscape, or even street. That’s why I usually keep my 50mm prime lens on. But for photographing nature, landscape, or street, a wide angle lens is required. I left my 18-55 kit lens at home, which is not the best lens out there but has a wide angle view. So I had some frames in my mind but I couldn’t take them because of my fixed focal length lens.

I still decided to take some pictures. After all, I love photography. 😀

When Rahat decided it was time to step in front of the camera. 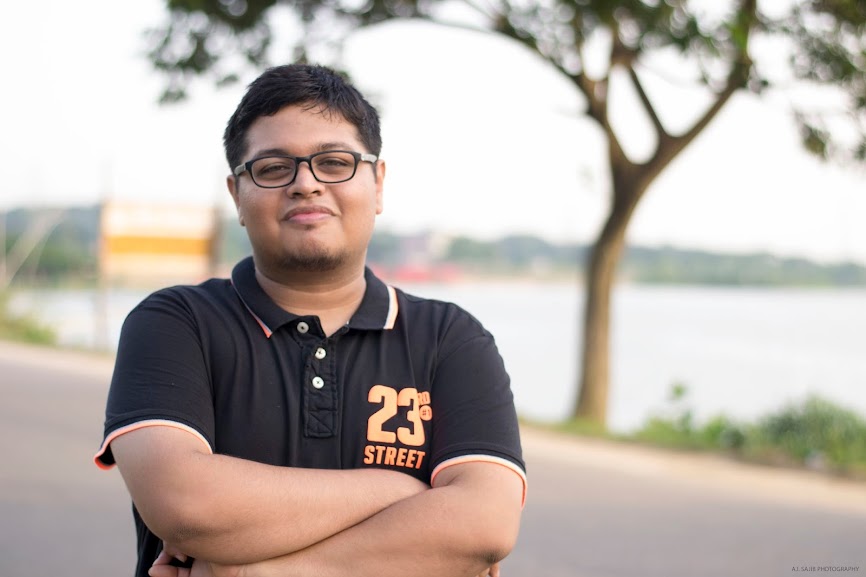 After snapping a photo I push him aside and try to fill the frame with the feeling that in a distance lies the urban life. 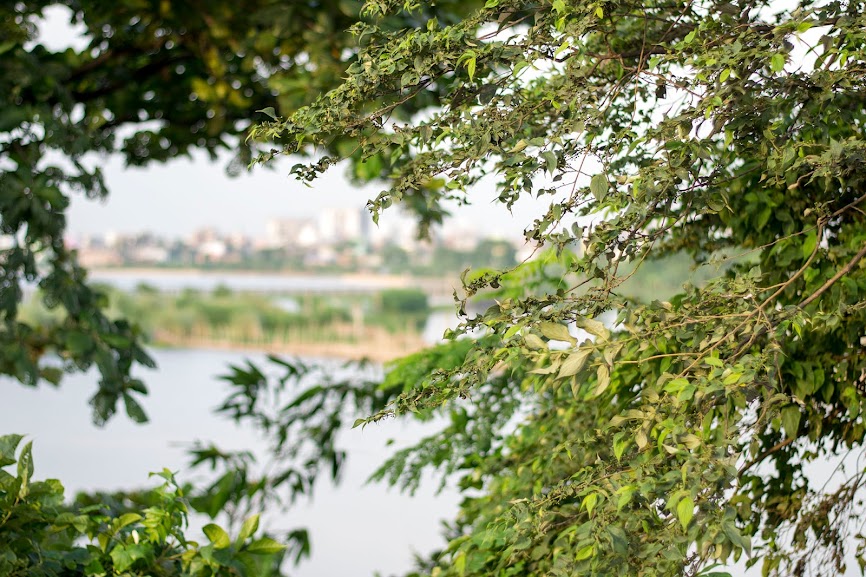 I look back and I don’t know what they are accusing each other of. 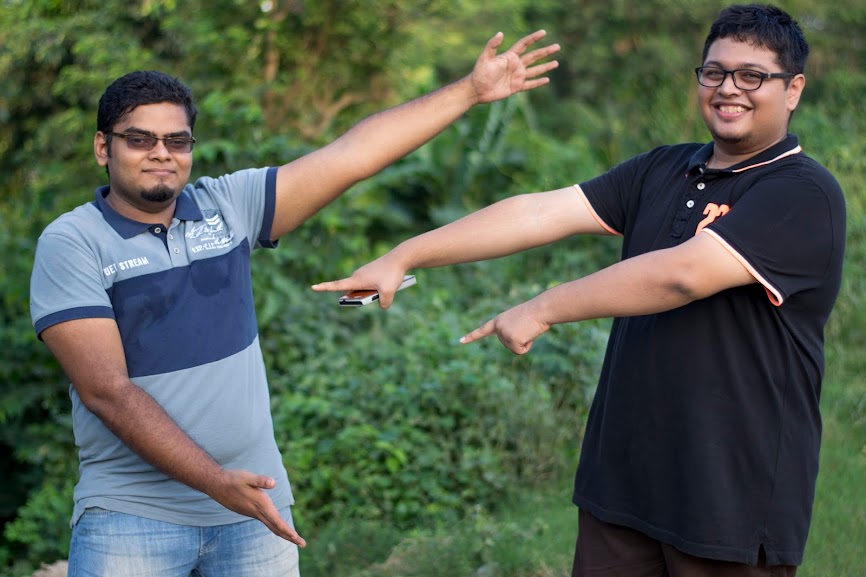 When a bird decides to fly over us and I, with my short focal length lens, attempt at wildlife photography.

Noticing that the sun is preparing to get to the other part of the planet, we head back home.

And then a horde of cows decide to intervene. 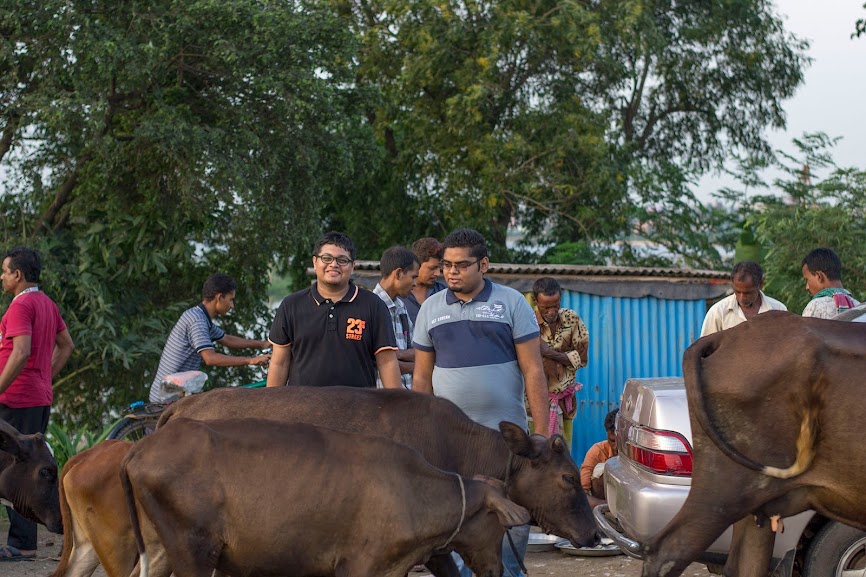 But we manage to get back at home with still some sunlight on. So Rahat poses again. 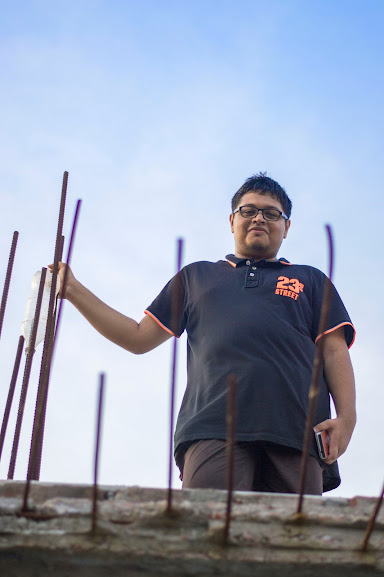 And then I discover some local guys playing cricket. I was at two-storied building and I decided to give sports photography a try. I was amazed how difficult it was and more important how awesome it feels when I get a shot exactly how I wanted it. 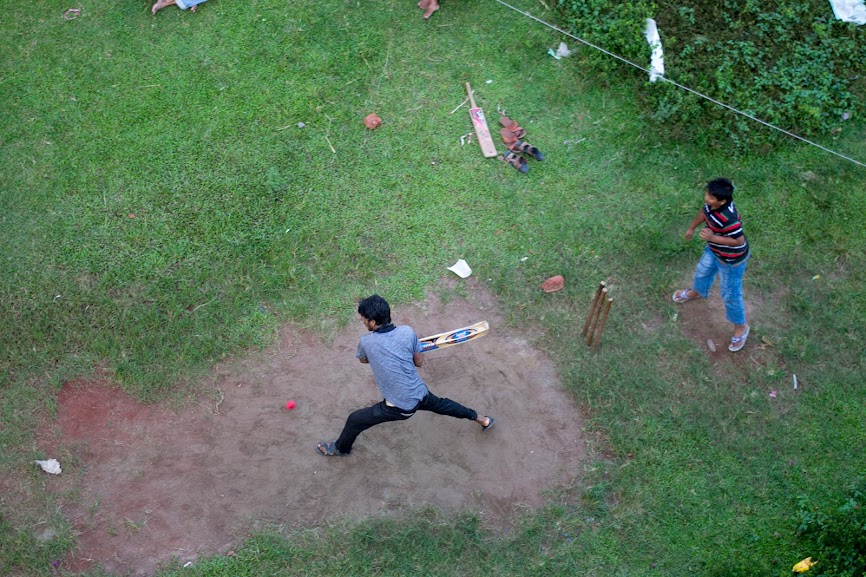 Also I feel how impossible it would have been had my lens not have f/1.8 aperture. 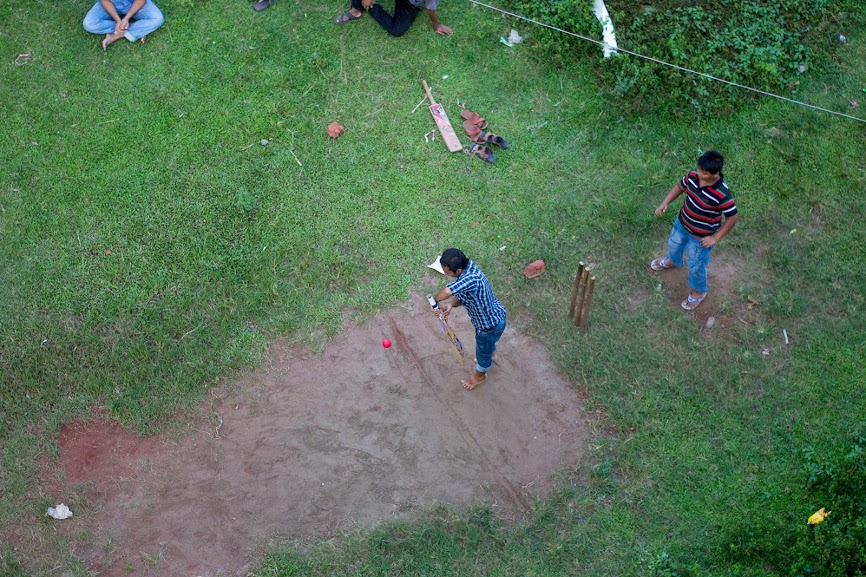 And then another wildlife appears and I’m paused to take a photo. The photo is also at 100% crop. 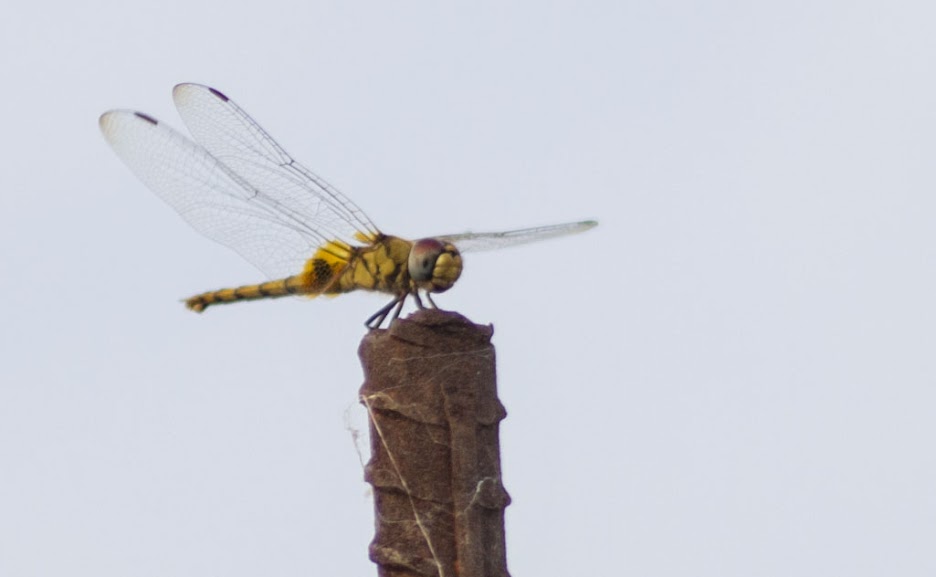 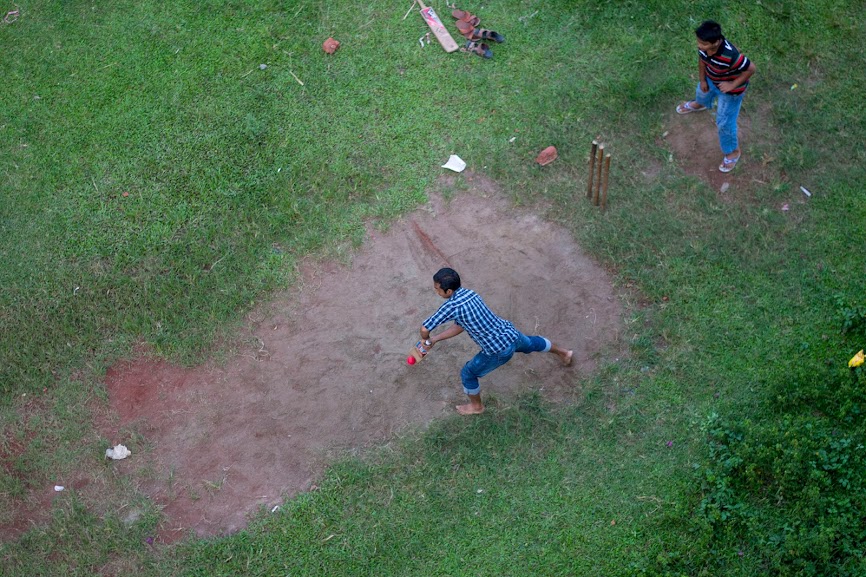 Having felt like the perfect third-umpire photographer (lol), I look to my right and I spot the amazing sunset light.

Which prompts me to take a super panorama. I’m not a big fan of panorama, but when the situation demands it, why wouldn’t I take one?

Oh and then Rahat goes into poet mode again, casting his eyes into the distance. But he was probably thinking about his next DOTA 2 match. 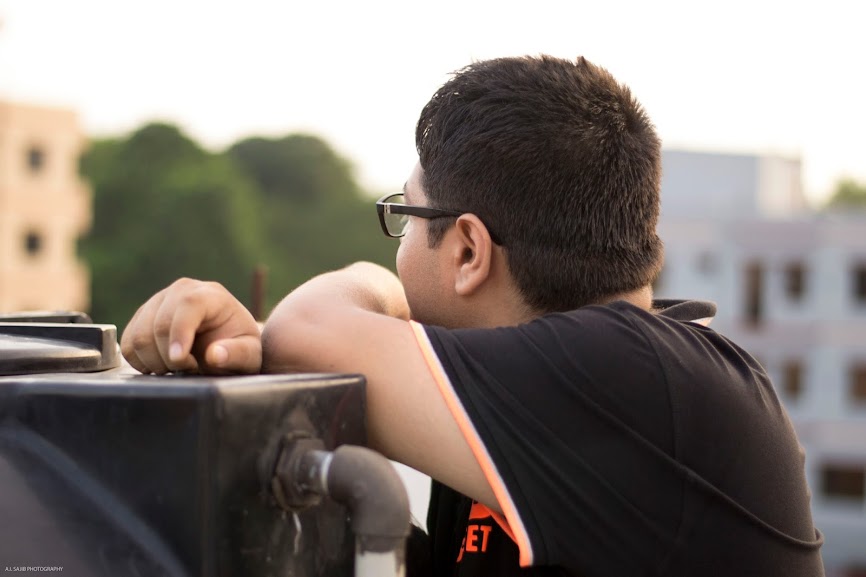 Our day ended with 7up poured with peppermint that grew on Tahmid bhai’s rooftop garden. Like I said in my earlier post, having a single type of drink is too mainstream, so is having a drink without something added to it. 😉 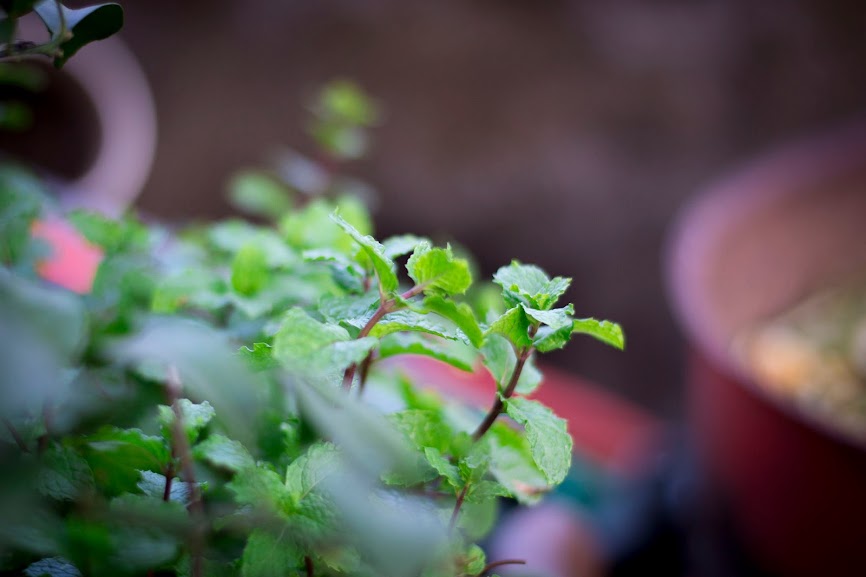 So that was pretty much the day. As sun left the skyline, we were sort or tired and had to set out for home before having two more rounds of food courtesy of aunty. 😀

Now I know the photographs look as bad as they could, so I don’t mind you telling me that I need to work more on my photography. I don’t find anything to take photos of when I’m out in the streets or in the nature. I like photographing people. But myself being an introvert, my circle of people that I know is quite small. So, yeah, you know how it is.

And for those who made it to this point, here’s a photo quiz. Tell me what’s this in the photo below:

So start guessing in the comments. The winner gets, well, I don’t know what to get you. 😉 If you’re around, perhaps I’ll take some photos of you. 😛 If not, well, we’ll see!

Note that this post was written and supposed to be published on 23th August, 2014. Thanks to my ridiculously slow internet speed, it took forever to upload these resized photos and I ended up publishing it on 00:10 hours on 24th August. Doesn’t make a big difference, just thought I’d point out.

Oh and don’t forget to tell me how the photo story was! 🙂